I love it when people cram hundreds of plants in to the tiniest spaces.  Necessary for city-living often but I also love it when people lumbered with a north facing garden, take full advantage of the sun by filling their front garden with piles of plants.  Take this house in Herne Hill, South London for example - 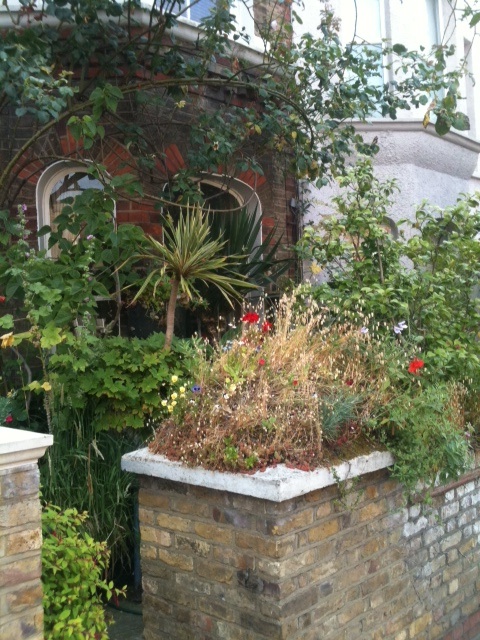 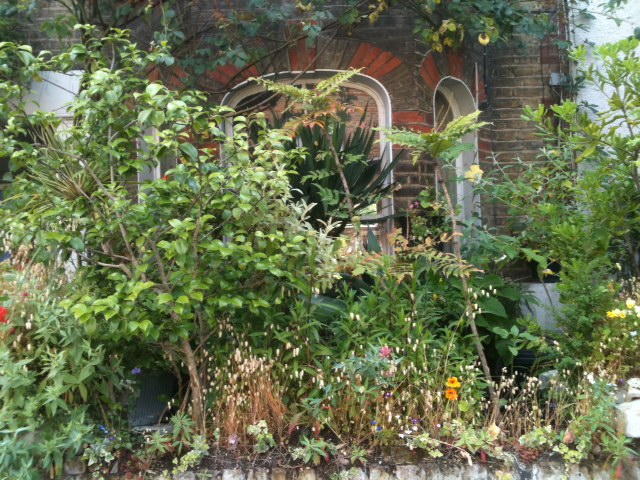 Plants are much better replacements for net curtains and to stop those nosey neighbours prying eyes - blind them with a buddleia (or buddleja as it is supposed to be spelled according to wikepedia).

Here's another example of plenty of planting 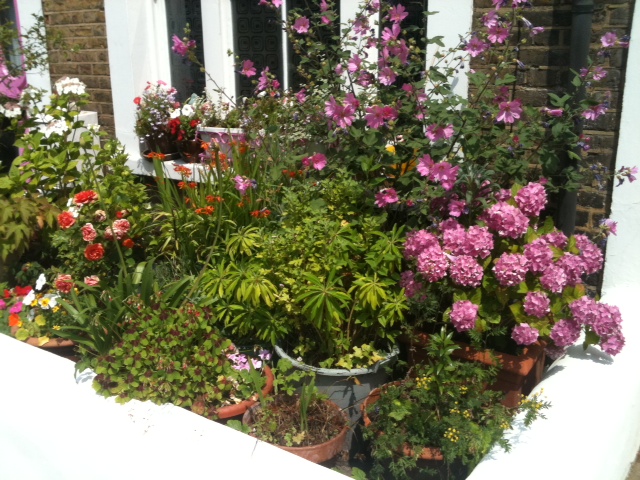 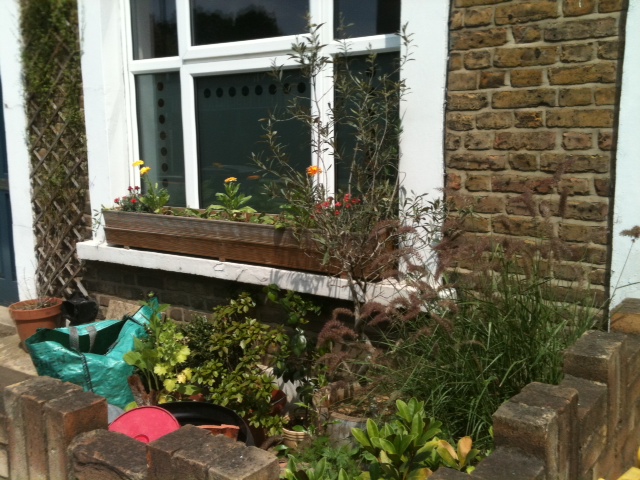 That's almost like a 'before and after' but it's not - they are neighbours.  So see why it is important to keep the front of your house in check?.  First impressions matter! - there is no way you would see me dead at the next door neighbours house.  Unless ofcourse they happen to be some sort of transvestite killer (that is to say a person who kills transvestites - not a transvestite who kills people), and who knows? I mean if you were a cop hunting down a killer you'd go in to the neighbours house first wouldn't you? I mean you just assume that whoever lives at the house whose front garden is filled with flowers is a nice old lady or a nice someone - not a killer at all.  I bet house number 2 has a patio too, we all know what happens under patios don't we...