I have a mini obsession with artichokes.  I absolutely adore them.

You have to peel back many layers to get to the heart of the artichoke but when you do it is an absolute delight.  I think this is a metaphor for me.  Not really, I have no heart, but I like to pretend I do just to give people something to do when they meet me.

Anyway, I always walk past a house on the way to a park by me and I'm always jealous of their majestic artichoke plant... 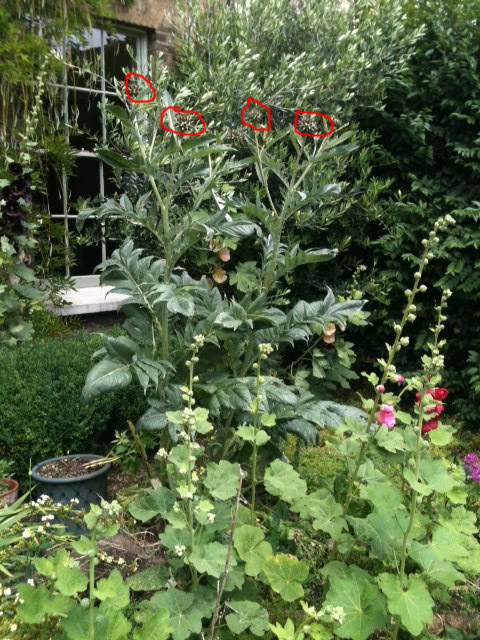 Close up of artichoke plant 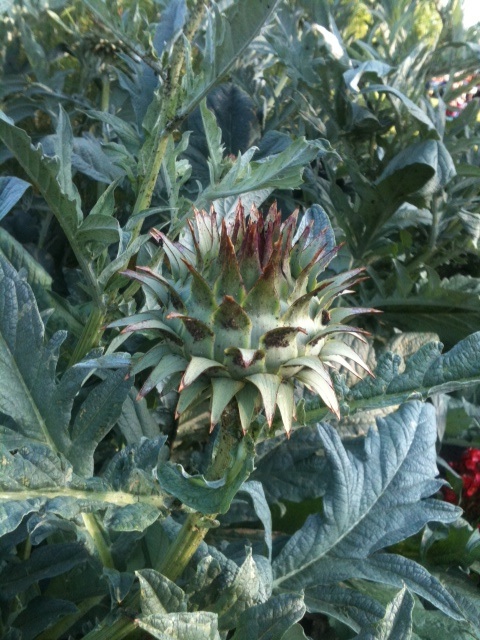 As you may notice, the artichoke is very similar to a thistle - and this is because they are both of the same genus Cynara.  Which may explain my obsession with them as I am in-fact Scottish and the thistle is a symbol of Scotland.

This year I thought I'd attempt to grow some artichoke plants from seed - and I have to say they're doing pretty well... 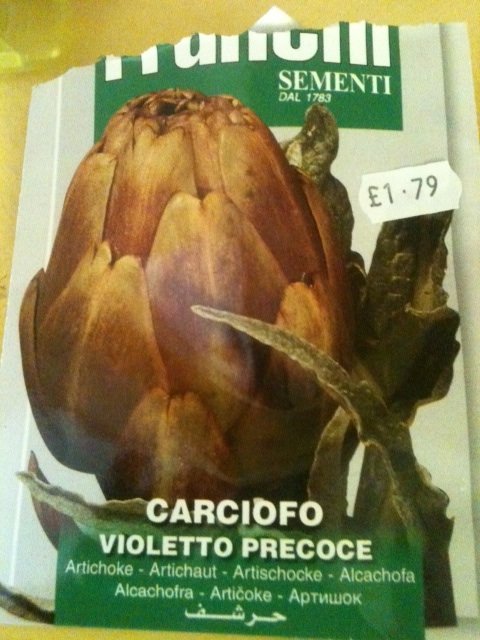 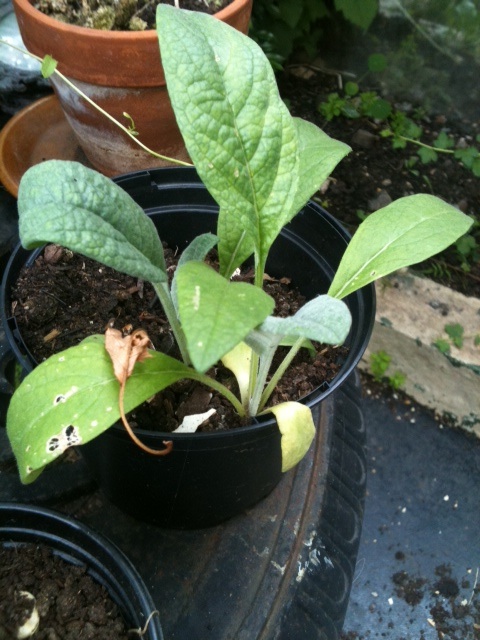 The man who makes my coffee in the morning has a tattoo of an artichoke on his arm.  I don't normally like tattoos but obviously I love this one. 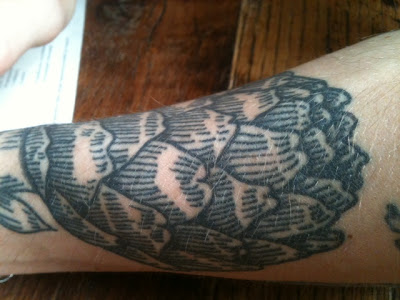 Once he made me this coffee below, which is wholly inappropriate but witty nonetheless. 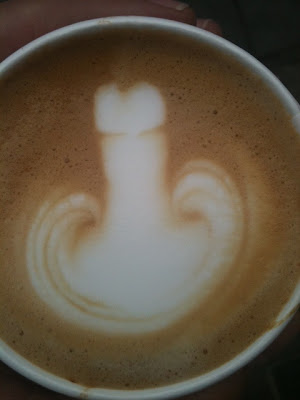 Now I've had a look in to Artichokes on the net, and it would appear lots of people love artichokes.  Especially Castroville which is in Monterey county, California in the US.  Most of America's Artichokes are grown here and every year they have an artichoke festival!!! 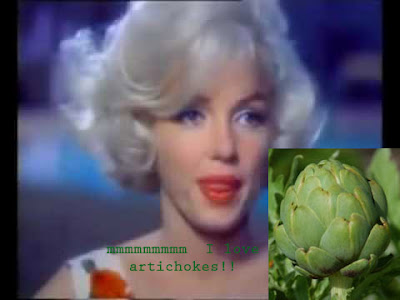 Now there's lots of ways I love to eat an artichoke - this is one of my favourite ways here when I had it with mackerel and rhubarb.
Posted by GlamorousGardener at 03:25